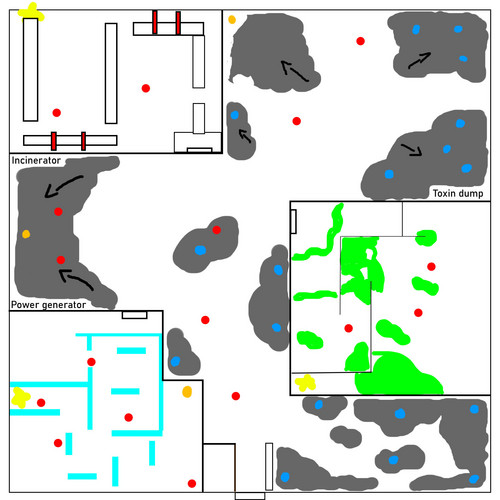 My main contributions to Cyber Scavenge were to the level design and creation of the UI and crafting system. I drew the basic level layout out in Photoshop (see image) before constructing it with the image as a base in Unity. The final level was not one-to-one with the layout since adjustments had to be made after the game was tested, but the original layout provided the groundwork for the final level.

I was also responsible for scripting the game's collectable items and crafting system, as well as creating the UI. I created scripts that allowed the player to collect items in the level and use buttons on the screen to craft items with them, as well as the icons indicating what resources they had available to them.

Craft your way out of this cyberpunk dump!